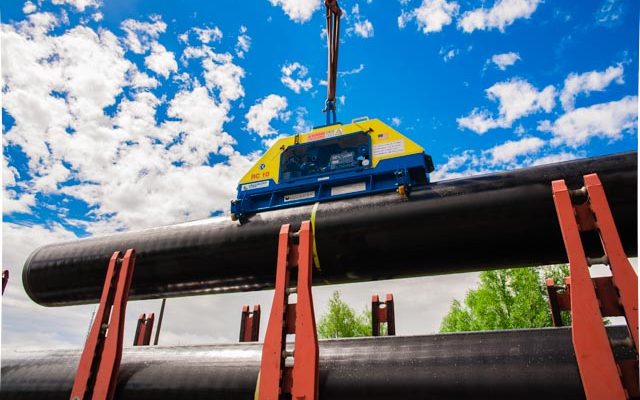 For logistical efficiency, it was decided to transport all 179 pipes via train with Deutsche Bahn to TDC’s rail yard, located near the company’s production facility in Trollenhagen, Germany. From the rail yard, the PE-coated pipes needed to be carefully handled to be placed on trucks for shuttling them between the factory and the yard.

Due to precise requirements and time constraints of the project, TDC began searching for an alternative approach to the traditional slinging method. It was particularly important to use a handling system that would not damage the pipes or their existing anti-corrosion layer.

Click HERE to find out how, with the help of Vacuworx’s C 10 vacuum, TDC was able to efficiently handle and deliver the pipes.